If you're not certain about what lenses to get hold of for video there are a few important things that really need to be considered that I haven't seen mentioned in many reviews. You'll find recommendations plastered all over the web from budget zooms to vintage glass to CP2 Primes. If you can afford CP2 primes then you will have no problems since they're built for film-making, but if you're looking for a zoom that could double up for stills and video work or you're looking at vintage primes or other primes that are often recommended like the Canon or Nikon 50mm there is something that is rarely mentioned by reviewers.

When I started buying lenses for my Canon 7D (after selling my Nikon D90) I really did my research. I checked out lens sharpness, vignetting and all the standard issues that get mentioned but I could find very little info on breathing (a slight "zooming" effect while racking focus). I had read somewhere that the vintage Zeiss Jenna lenses didn't breathe that much.  I also read somewhere that the Zeiss ZF / ZE lenses didn't breathe that noticeably and tested a few out - fantastic lenses. I also tested out the Canon 16-35mm and to my delight found that the was absolutely no breathing at the long end but was very disappointed in breathing and sharpness at the wide end. Apparently version II has sorted this problem somewhat (but I haven't tested the breathing on the new version so it might have changed). 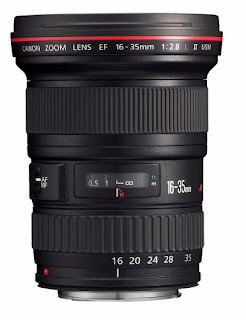 
After my research was complete and I checked my budget the choice was a few  Zeiss ZE / ZFs (with an adapter) or a set of general purpose L series zooms complimented with low budget Zeiss Jenna vintage lenses from eBay. I opted for the latter as I thought this offered me more creative options and these zooms are incredibly sharp wide open - as sharp or nearly as sharp as the Zeiss Primes. True the Primes do have more available light but they're quite soft until stopped down. Check out this tool for comparisons:

2 years on this is what I've learned from that decision:

If you're going to be using a follow focus system and expect to pull focus during shots you're going to run into some challenges. In my experience with the light weight of SLRs as some of the lightweight Prosumer camcorders with detachable lenses you are likely going to have to secure your lens to a mattebox to keep your focus pulls from causing play on your lens and compromising your shots.

With a single little screw securing your lightweight camera to your rails or cheeseplate pressure on the focus gear is going to cause some play on the lens and you're going to see this in your shot when you pull focus. On wider focal lengths this might be acceptable on a pan or for handheld work but you can forget about using this setup on a locked off shot or if you're using a longer focal length. Shake or some shifting of the framing is going to be noticeable unless you secure then end of the lens to the mattebox with a threaded mount.

The implication is that lenses with moving front elements are going to be a very serious problem either for pulling focus. The Zeiss Jennas front elements move when racking focus - so these can't be secured to my mattebox and defeats the point of their purchase - the fact that they breathe very little - so much for that idea! I also got the 24-105mm Canon EF lens as a general all purpose lens which moves the front element when zooming so no zooming while attached to the mattebox. 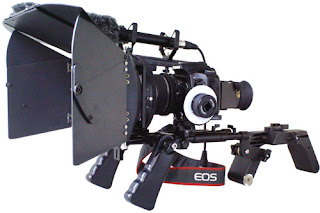 My 70-200mm Canon L Lens and Tokina 12-24mm on the other hand are really great for zooming and racking focus during locked off shots but the 70-200mm does have quite severe breathing. The Tokina's breathing isn't all that noticeable.

Likewise when pulling focus from background to foreground, a "zoom out" looks intentional - as though the DOP was zooming out slightly to show more of the foreground that he has just shifted focus to. Perhaps the "opposite zoom" can be used as an artistic effect but it really makes my brain hurt - so that's just my opinion. Test it for yourself and see what you find visually acceptable.

So, to sum up, when assessing a lens for video, check the following and be aware of the implications:

2) Zoom and Focus - Check whether the front element with the filter thread moves during focus changes or zooming. Don't expect to be able to secure this lens with a mattebox for either zooming or racking focus

Perhaps there are some other ways of securing my righ that I haven't though of. If anyone would like to share that would be great info!